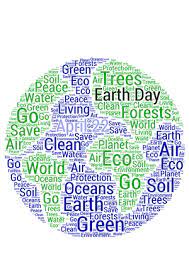 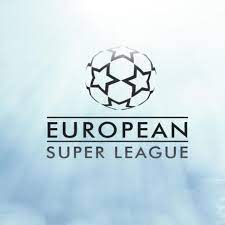 The news this week has featured two big stories. On Monday it was the breakaway super-league; five of the top English clubs and Tottenham Hotspurs had agreed with clubs in Italy and Spain to form their own league in preference to playing in the UEFA Champion’s League. I could not quite see why it was necessary for leading politicians to drop everything to attend an emergency meeting of the Premiership, (the elite, breakaway league formed by the top 24 English clubs thirty years ago) and threaten changes in the law. However, I was equally unimpressed by the reason trotted out by the president of one of the Spanish clubs for forming the super-league; he said it was about “saving football”. As was pointed out by the Rev Sam Wells, that takes a strange view of what was to be saved in the name of football; twelve powerful European clubs and bad luck to Aston Villa, Kidderminster Harriers and everyone else. I am not sorry it has collapsed.

The language of being “saved” is often used in Christianity. I am sometimes uncomfortable with how it can be used in this context; again, an obsession with the individual and a narrow focus on belonging to an “in-club”. This is not how the early church understood Jesus’s message; they were quite clear that through Jesus, God was reaching out to all humanity. Which brings me to the second story; the “Earth Day” summit on Thursday, where President Biden led the way in pledging real action to reduce climate change, to “save” the planet; to save creation, using vicar-speak. And this ties in with another conviction of the early church; that through Jesus, God was not just reaching out to humanity but was embracing all the universe, the entire natural world. Of the two visions of salvation that we have been offered this week, I know which I think is cross-shaped. 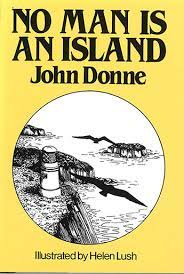 I write this reflection shortly before the funeral of Prince Philip, on Saturday (17th). I suspect I, along with many others throughout the country, will be watching it. I find it hard to ignore the sight of any funeral; a hearse with a coffin always stops me. It of course speaks of my own mortality; it makes me reflect on the Christian hope, that life in Christ never ceases. Death brings us all to the ultimate reality that is God, but along the way it also brings us into contact with shared grief and loss at the ending of a person’s life.

Some four centuries ago, the priest and poet John Donne picked up on some of these themes when he heard the tolling of a funeral bell, for a person unknown to him. I think he felt the same emotion as I do; in the Kingdom of God, we are all involved in mankind.

“No man is an island entire of itself; every man is a piece of the continent, a part of the main; if a clod be washed away by the sea, Europe is the less, as well as if a promontory were, as well as any manner of thy friends or of thine own were; any man’s death diminishes me, because I am involved in mankind. And therefore never send to know for whom the bell tolls; it tolls for thee.” 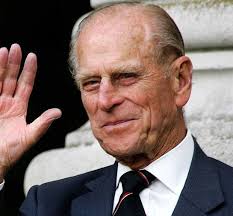 Like many people I was saddened by the news of Prince Philip’s death, just a few weeks from his 100th birthday. Of course I knew he was in poor health, so perhaps the news should not have been a surprise, but I still had to reread the email carefully to make sure it was correct. Prince Philip was part of a generation that was tough!

I suspect Philip himself would have been the first to admit to faults. He was notoriously outspoken; in these times of heightened sensitivities about giving offence to others, he did sometimes seem as though he was from another age. I suspect he was strong-willed and enjoyed leadership. This is not necessarily a problem; we need leaders, but it does not always make for easy working relationships or good publicity. There again, my guess is the World War 2 naval officer prioritised leadership over public relations.

What I am most struck by is Prince Philip’s sense of duty. Well into his 90s, he braved pouring rain and cold to carry out his functions, at some cost to his own health. He gave up his career in the navy to support his wife in her role as Queen. He always seemed to be there when the Queen needed his advice. But he was also aware that he did have power and influence in his own right and it seems to me that he tried to use that for the common good. Perhaps his greatest legacy to young people is the Duke of Edinburgh Award scheme, to encourage qualities of leadership and self-belief in them. He was the first president of the World Wildlife Foundation; a keen shooter, he was also aware of the importance of conservation and care for the environment long before this became fashionable.

Today (Friday), at 4.00pm, a small group of us assembled at Billingsley Church, to toll a bell and then say prayers for Prince Philip and those who particularly feel loss; his own family. This Sunday evening, in a change to what is planned, our evening service in Billingsley Church at 6.00pm will focus on the man and his life, giving us time to reflect on the themes of duty and service. At times such as these, I am reminded of John Donne’s words on hearing a funeral bell toll, his recognition of our shared humanity; “Ask not for whom the bell tolls… it tolls my friend for thee”.

Today thanks go to Amanda Prescott who drew the balls for the 8th draw of the 100 Club. The first ball out of the bag was 97 winning Paul £60. the next ball to be draw was Amanda’s very own, number 14, which netted her £30 and then number 38 made an appearance winning Zoe £30.

Following the draw at the church one of the church bells was tolled in remembrance of Prince Philip, The Duke of Edinburgh who passed away earlier today and prayers were by Rev. David Poyner. 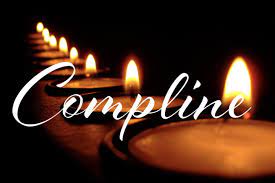 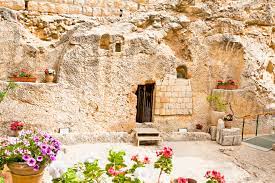 Easter is, for good reasons, seen as the most important celebration of the Christian year. Even those of no faith can see the symbolism of renewal and rebirth, that death does not have the final word. Last year we had just started lock-down at Easter; now we are being released from it. On the face of things, surely celebrations will be all the greater this year?

Perhaps, but there are still uncertainties. I hope our churches are full on Easter Sunday, but I have my doubts; I suspect many people need time to process what has happened over the last year. It is striking that in most of the accounts of the resurrection; Mark, Luke and John, the immediate reaction of those who discovered the empty tomb was not rejoicing or a great outpouring of faith. It was rather bewilderment and fear. The empty tomb, by itself, does not seem to have been very convincing. It took more; experiences of the risen Jesus to convince his followers that he had risen. In the well-known story of the Emmaus road, two disciples walk with Jesus, invite him into their home and share a meal with him before suddenly they recognise him.

Faith is very often not about a quick fix. Rather, it is often a slow process involving bewilderment, disappointment and wrong turns. Eventually we may recognise Christ alongside us, but we should not be surprised if that only happens after a long period of reflection. There is a reason why people of faith so often describe their lives as a journey or pilgrimage; it is a process that takes a lifetime. 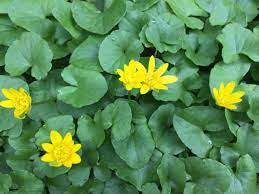 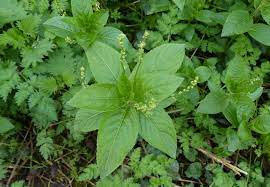 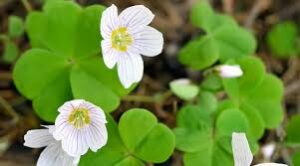 Many months ago St Mary’s made a bid to the Community Tree Scheme run by Shropshire Council to fill gaps in the hedging to the southern and western boundaries of the churchyard. Therefore it was with great anticipation of things to come that 20 native hedging species were collected from Ludlow yesterday as part of this scheme. Following a thorough soaking the bare root saplings were then planted with great care. Hawthorn, dogwood, field maple, dog rose. blackthorn guelder rose and hazel are the new additions generously donated by the CTS.  This is the latest project that has been undertaken as part of the church’s commitment to providing wildlife with the best possible environment within the church grounds.

Whilst planting was taking place a few notable spring wild flower were putting in an appearance in the beautiful sunshine. They included the yellow lesser celandine, white wood sorrel, dog mercury and the ever popular primrose.