I caught the end of the inauguration speech of the newly sworn president of the United States, Joe Biden. I found myself wishing I had heard it from the start. At least to my ears, he was speaking words to try and uplift and inspire his listeners, primarily the people of the USA, divided as rarely before. Now words can be double-edged; I have seen the grainy footage of the dictators of the 1930s, using their speeches to whip up hatred. Perhaps we do not need to go back that far to see examples of the same trick; the people known to the ancient Greeks as demagogues, who roused a mob with false promises so as to win easy popularity. What is important is what the words are based on. President Biden had gone to mass at St Patrick’s Cathedral shortly before the inauguration. In his speech he quoted St Augustine, “a saint of my church”, to talk about what can unite a people. And he quite openly led a short time of silent prayer for those 400,000 Americans who had died from Covid. It seems to me that Joe Biden’s words were based on his Christian faith and he was speaking from that in an open way that no politician in this country would attempt.

None of this is to say that President Biden will be a good leader of his country; I am not competent to make any prediction about that. But I do think he is sure of his own moral compass; he knows the direction of travel he ought to be following and he has the courage to make that known. Perhaps there is something here that we can note; what is our compass based on and are we confident enough in that to declare it to others? 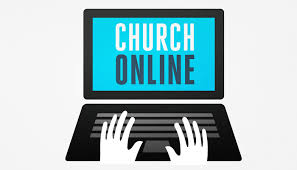 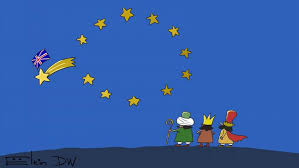 The Wise Men and Brexit.

As everyone knows from the carol, Christmas has 12 days, culminating in a spectacular display of gymnastics by a group of peers. In the dark days of late December and early January, particularly in former times, any excuse for a celebration would have been welcome. But eventually holidays have to come to an end and the normal round has to be resumed. The church moves on, but with one last moment of celebration before the time of horse-hair shirts and self-denial/general misery that is Lent in the popular imagination. This is Epiphany, when we remember the visit of the Wise Men to the infant Jesus and it is the season we are now in.

The story of the Wise Men is perhaps best known from the carol, “We three Kings of Orient are” with the “star of wonder, star of might, star of royal beauty bright, westward leading”. The star periodically comes in the news as people speculate about what might have been the basis for the story; an alignment of two planets perhaps? This year, had anything been visible, we could have seen such an alignment on December 21st. This speculation is interesting in its own way, but to me it seems to miss the most important part of the story. We only find the account of the visit of the wise men in Matthew’s Gospel and he is at pains to point out that they are not Jews. They come from the east. The Jews living in Palestine when Matthew wrote had survived numerous attempts to wipe them out; they had experienced deportation and had been living under foreign occupation for centuries. They had survived by closing in on themselves, rejecting foreign influences to preserve their own culture and faith, sustained by the hope that at some point God would step in and send them a saviour to rescue them. In some stories in the Gospels, Jesus seems lukewarm about reaching out to non-Jews. But in this story, at the very start of his Gospel, Matthew makes it clear that Jesus is for all humanity. Matthew was a Jew, he wrote his Gospel for his fellow Jews, but from the first word, he grasps the Jesus came to break down barriers, not reinforce them. In the early days of a New Year, a year in which Brexit has finally been done, Epiphany reminds us of the revolutionary message, that God reaches out to all. 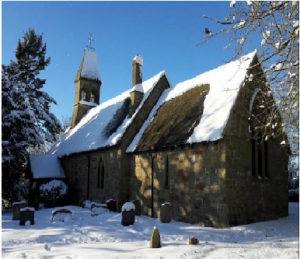 Unfortunately we are having to suspend services in the church building at Billingsley for the next month or so, due to the dangers of Covid. But please remember, the church in Billingsley is not closed; we remain a community of believers acting out our faith in the community and just for the moment, worshiping online; https://www.stmaryshighley.co.uk/virtual-sunday-service/

And the church building remains open!

Not being hosted by myself this week 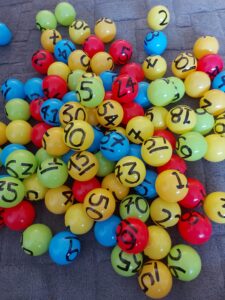 The January draw of the 100 Club has taken place and the first number out of the bag was 67 which won it’s owner £61. The next number, 68, was worth £30.50 as was the third number to be drawn which was 43. Mrs Ellen McConnell kindly drew the number and Helen Lewis was official witness, thank you to both.

If you would like to see a video of the draw visit St Mary’s Billingsley Facebook page.

The latest members of the 100 Club have both won within weeks or even days of joining. Beginners luck maybe!

As ever thank you to all our supporters which has been a life line. 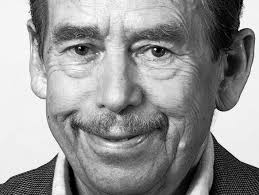 I was introduced to this quotation, from the former Czech president and philosopher, Vaclav Havel, a few days ago by our rector, the Rev Mike Harris. It seems particularly appropriate for our current situation, where we seem torn between the good news that vaccines are now being deployed and the bad news that Covid is raging and for thousands, the vaccine will be too late. Havel is perhaps best remembered as the man who led the peoples of Czechoslovakia from freedom from Russia and who also managed the peaceful division of the country into the Czech republic and Slovakia. As far as I know, he did not identify strongly with any established faith but he had a strong “spirituality”; a sense that it was not enough just to deal with a person’s material needs.

Talk of hope can seem very inadequate; a blind faith that the worse will not happen when it is obvious that it might. The Jews of the Old Testament knew this very well; their history was littered with disasters. And yet, whilst they sometimes raged against God, they had hope that whatever befell them, God was still with them. This was the hope that was shown in the life and especially the death of Jesus; abandoned by even God on the cross but paradoxically trusting that God was still with him. So the Christian hope cannot be wishful thinking; Jesus did die. Instead it is that no matter how hopeless the situation, the love of God can never be excluded. In his own way, I think Vaclav Havel understood this; it is something we can usefully remember in our current hopelessness.