A World War 1 Centenary Commemoration evening held at St Mary’s Church, Billingsley on Saturday 2nd August raised £320 for the Bridgnorth Royal British Legion. Churchwarden Zoe Baggott said, “There was a great atmosphere with a packed Church, and everyone enjoyed entertainment from the Bridgnorth Male Voice Choir, and talks from the British Legion and Local Historian David Poyner, as well as poetry readings and an excerpt from a child’s diary written at the time of the Zeppelin raids in London 1915. The event concluded with a sing-a-long of songs from the era followed by refreshments and a raffle. On behalf of all at St Mary’s, I would like to thank everyone who supported this event and raised money for such a good cause.”

The Archbishops of Canterbury and York are both urging church schools and churches to plant poppy seeds to commemorate the centenary of World War One and help make the country awash with poppies. Bishop Alistair Magowan, lead Bishop in the Diocese of Hereford is echoing their call.

“ I want to encourage our churches and schools to get involved in this simple idea of planting poppies, both recognising the past, while looking to the future. A century is not a long time, but only 100 years ago the world fell apart in the most violent way. This simple act of growing poppies reminds us of our past and is a very visual way of pledging ourselves to serve together in the future,” said Bishop Alistair.

St Mary’s is taking part in this project and we have already begun to prepare some of our borders and plant the first batch of poppy seed. We hope that the Churchyard is awash with poppies for our WW1 centenary event which we are hosting in Church on Saturday 2nd August. Please put ths date in your diary – more details to follow soon!! 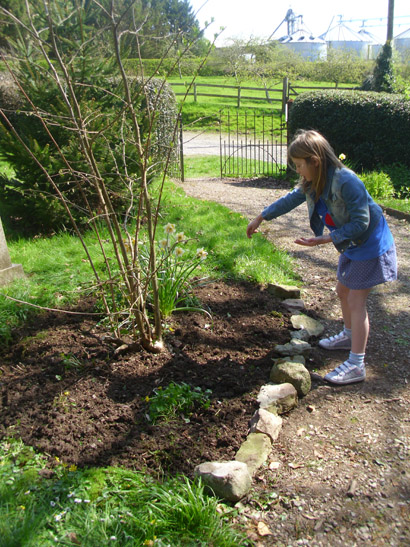 Lydia Baggott planting poppy seeds. They are special “flanders poppy seeds” with donations from every packet sold going to the Royal British Legion. 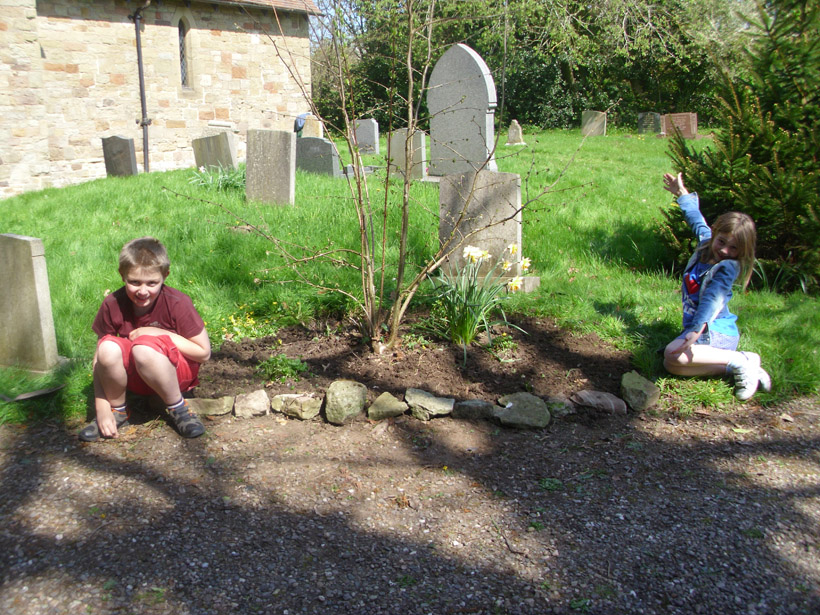 Oliver and Lydia Baggott showing off their work. 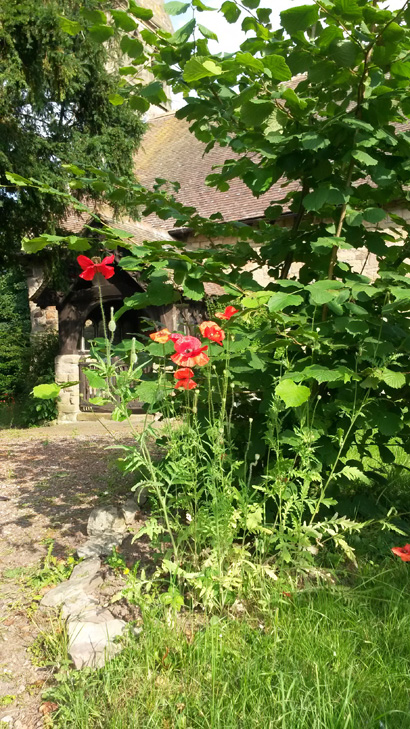