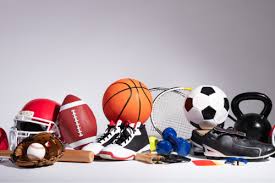 And so we brace ourselves for another summer of sport. Well, at least I do. Test matches have resumed in front of spectators! And then there are the Euro’s; the European Football Championship, featuring England, Scotland and Wales. Whilst it is not my favourite, there is also Wimbledon.

Sport can bring out many things in people. Some of course simply don’t see the point of it; it’s boring, it’s not important. Others find at least some aspects of it repellent; they see it as an excuse for tribalism, it encourages violence and narrow-mindedness, it has been corrupted by power and money. There is some truth in this, but it can also bring people together; I know of the emails I’ve exchanged with a colleague in Iran, discussing football as well as science; going into a bar in a country where I do not speak the language but being welcomed to watch a match on the big screen.

Oddly enough, football and cricket do not greatly feature in the Bible, but St Paul does use images drawn from athletics and boxing, the big sports of his day to emphasise the need for endurance and persistence in the life of faith. And the secular French philosopher and goalkeeper, Albert Camus, wrote “All that I know most surely about morality and obligations, I owe to football “. As a vicar, sport teaches me to accept disappointment and triumph as part of human life; a message that we can find in the Bible in the books of Job, Ecclesiastes and elsewhere. So I will enjoy and endure England this summer, with Job and St Paul for company.