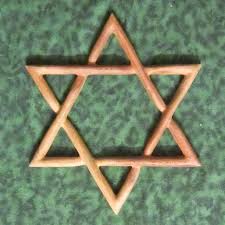 In recent days, Israel and Jewish identity has been in the news. The main headlines have been for the author Sally Rooney, who refused to allow her Israeli publisher to translate her latest novel into Hebrew, because she felt it did not dissociate itself from the actions of the Israeli government. But, as a university teacher, what I noticed was that Bristol University has dismissed one of its professors for harassing Jewish students.

There can be difficulties in opposing the actions of any government without targeting all those who live in that country. It would be wrong of me to comment on the specifics of these cases as I do not know the full facts. But I am uncomfortably aware that all too often the Christian Church has been complicit in acts of discrimination, particularly against Jews, on the totally spurious basis that they somehow killed Jesus. Jesus lived and died a Jew; the first Christians considered that they were Jewish. As Christians, we accept the authority of the Old Testament, the Jewish bible. There can never be any excuse for anti-semitism. It was not the Jews who killed Jesus, it was a religiously-minded mob, orchestrated by their priests. And, as a priest, that is an uncomfortable truth I have to face whenever I put on my dog collar.