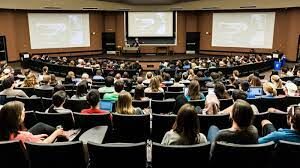 After 18 months, I have finally started going back into work. It’s certainly not the way I used to do it; at the moment it is one day a week, arriving later than I would normally and leaving earlier, to avoid the crowds on the train. But it has been a significant moment. What I have found most enjoyable is finally seeing colleagues face-to-face after such a long period of just viewing them on a computer screen. I have appreciated many aspects of working from home, including the convenience of the new virtual world where I don’t have to spend long periods travelling, but perhaps I missed being in the same physical space with friends more than I realised. A few months ago, I wrote about the importance of touch; the last couple of weeks have shown me the importance of the simple physical presence.

Christianity  is a religion that cares a lot about our life in this world. At its heart is the belief that in the person of Jesus, God came to dwell amongst us, as a person. Perhaps, in my pleasure in being back physically with other people, we can catch a glimpse of God’s desire to be alongside us, sharing our triumphs and disasters. To be with other people is part of what it is to be fully human, to be the people we are called to be.