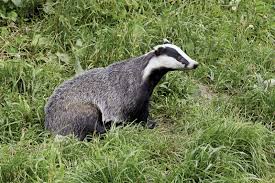 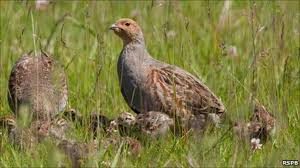 The thought for the week from David …

During the lock-down, I’ve been struck by how so many people are becoming more aware of the natural world around them. Today I was told of how a parishioner has just discovered a partridge nest in her garden. Another was forced to give way on her walk as a badger crossed the path just in front of her. Everywhere is much quieter so we can hear bird song.

A lot of people find that there is something spiritual in the natural world; a lot of these would not wish to identify with any particular religion but still find themselves deeply uplifted by looking at the beauty of the world around them. This is something that was very familiar to the writers of the Bible; the creation poems in Genesis and the psalms celebrate the natural world, seeing in it an insight into the goodness of God the creator and sustainer of the universe. As a biological scientist, I am  aware of the complexities of the physical universe, formed from the Big Bang five thousand million years ago, with life on earth shaped by several hundred million years of evolution. We have an understanding of how God works through the laws of nature that was not available when the Bible was written. But knowing the mechanism does not detract from my sense of awe at the natural world, “creation”, however that is understood. Psalm 108 beautifully captures this; the prayer that follows is taken from the Church of England website.

2 Your majesty above the heavens is praised ♦

out of the mouths of babes at the breast.

3 You have founded a stronghold against your foes, ♦

that you might still the enemy and the avenger.

4 When I consider your heavens, the work of your fingers, ♦

the moon and the stars that you have ordained,

5 What is man, that you should be mindful of him; ♦

the son of man, that you should seek him out?

6 You have made him little lower than the angels ♦

and crown him with glory and honour.

and put all things under his feet,

even the wild beasts of the field,

and whatsoever moves in the paths of the sea.

We bless you, master of the heavens,

for the wonderful order which enfolds this world;

grant that your whole creation

may find fulfilment in the Son of Man,