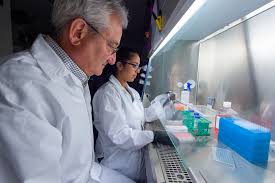 This week has brought good news; the first of the vaccines has been approved for use in this country. Indeed, by the time these words appear the first few people may have even had the first round of vaccination. It will take quite a few months before everyone in need in this country is protected; significantly longer worldwide. But the process will happen; the pandemic will retreat. The speed of the science is breath-taking; as one of the scientists involved pointed out; in less than a year we have moved from a brain-storming session around a white-board to the clinic. Thank goodness for human ingenuity! And more besides; the current vaccine is a collaboration between a German biotech company founded by Turkish immigrants in collaboration with a US pharmaceutical company, exploiting technology developed by scientists from probably a dozen countries. Thank goodness for our common humanity and international collaboration! And even more, the Oxford/AstraZeneca vaccine, not far behind, will be much easier to give in developing countries and AZ have forsaken commercial interests and undertaken to supply it at cost-price to these countries. Thank goodness for generosity!

I have no idea whether any of those involved in all these good news stories have religious faith. But in the Christian story, we believe that each person has free will, to chose to do good or not and that by doing good they work alongside God in bringing about his Kingdom, whether they believe in God or not. In the season of Advent, when we look forward to the completion of God’s Kingdom here on earth, I celebrate the work of the vaccine scientists and the company directors in making that Kingdom come, here on earth as it is in heaven.