By Admin on 7th August 2021 in Uncategorised 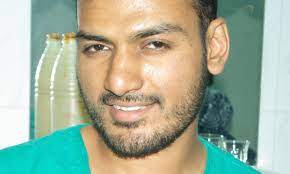 This week, the late Dr Abbas Khan has featured in the news. Dr Khan was a UK surgeon who went to Syria in 2012 to treat victims of the civil war. There he was arrested and died in custody. He was perhaps, a kind of a martyr, losing his life whilst saving others. However, the reason the story is now in the news is because it has a sequel. It inspired  the then 15 year old Karim al-Jian, born in Syria but raised in the UK, to study medicine. Karim has just qualified and met the family of Dr Khan to tell them how he had been so influenced by Dr Khan’s life and death. As far as I know, Dr Khan’s family were completely unaware of this.

There are many people who we meet once or twice and never see again. We have no idea what impact we make on them. Probably in most cases neither they, nor we, remember the encounter. But occasionally, we may make a difference; something as simple as a smile or a brief word of support may be a life-line. In vicar-speak, by these brief acts, we open the way for God, the Holy Spirit, to act, even though we almost certainly will never know what we have made possible. Around 2500 years ago, an individual known today as Deutero-Isaiah wrote these words, now part of the Book of Isaiah in the Bible:

“For my thoughts are not your thoughts,  neither are your ways my ways,” declares the Lord…

As the rain and the snow come down from heaven, and do not return to it without watering the earth and making it bud and flourish…. so is my word that goes out from my mouth: It will not return to me empty but will accomplish what I desire and achieve the purpose for which I sent it.”