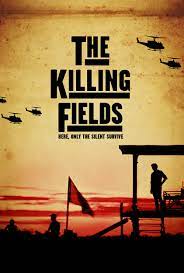 Back in the early 1980s, I was an avid attender of the cinema. Some of the most powerful films of that period came from America as it reflected on the legacy of Vietnam and Cambodia. One I especially remember was “The Killing Fields”, the story of how an American journalist struggled to get his Cambodian interpreter to safety, away from the Khmer Rouge, who were about to embark on a murderous mission of revenge against all those who they thought had opposed them. It is hardly surprising that film has again been in my mind with the events in Afghanistan this week. I cannot imagine what it must be like to be one of the crowd outside Kabul airport, desperate to escape but probably with very little realistic chance of that happening. Of course, the worse may not happen, but I am not hopeful.

I’ve written previously about how I find inspiration in the words attributed to Mary, part thanksgiving, part prophecy, when she learns she is to give birth to Jesus. In a modern version of this, “The Canticle of the Turning” we have the words “Let your justice burn, the world is about to turn”. As history seems about to repeat itself, those desperate to escape may wonder when exactly the world will turn, when this justice will appear. The Christian answer is that with the coming of Jesus, the world has turned, but the God who allowed himself to be nailed to a cross can only act through love. It is easy for love to be brushed aside by a man with a gun, but the God of eternity takes the long view. That love, that justice, is more powerful than any number of guns or perverted ideologies. God’s Kingdom will come, the will of God will be done, here on earth as it is in heaven.